Illustration for the term "hypomicized".

From the New York Mycological Society Autumn 2010 newsletter, by Jason Cortlund, Editor, "hypomicized" is defined as:

"Etymology: From the prefix "hypo" meaning, "low, under, beneath, down, below normal" + "myces" which references "mycosis" o r "any disease induced by a fungus". The adjective "hypomicized" (or "hypomycized") describes a mushroom that has been attacked by a parasitic Ascomycete fungus in the genus Hypomyces. Certain edible species of Russula and Lactarius serve as a host for Hypomyces lactifluorum, it can create a choice edible known by the common name "lobster mushrooms". Another example is formed through an infection of Amanita rubescens by Hypomyces hyalinus." 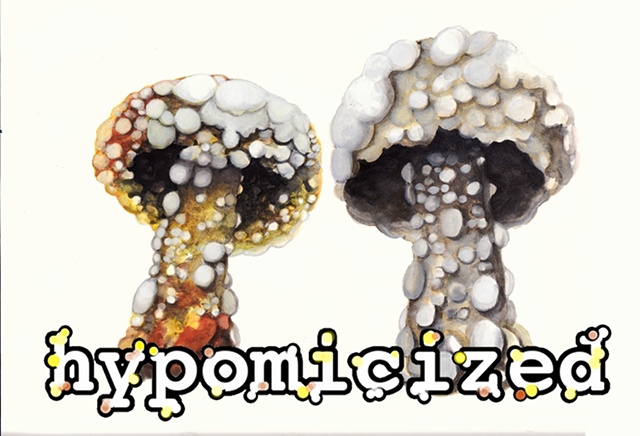