Flabelliform The adjective “flabelliform” (pronounced flah- BELL-ih-form) comes from Latin and describes something that is shaped like a fan. While many species of polypore fungi growing from wood could be accurately described as flabelliform, few specimens would make a more elegant fan for keeping cool this summer than Ganoderma lucidum —also known as lingzhi or reishi. Jason Cortlund, NYMS 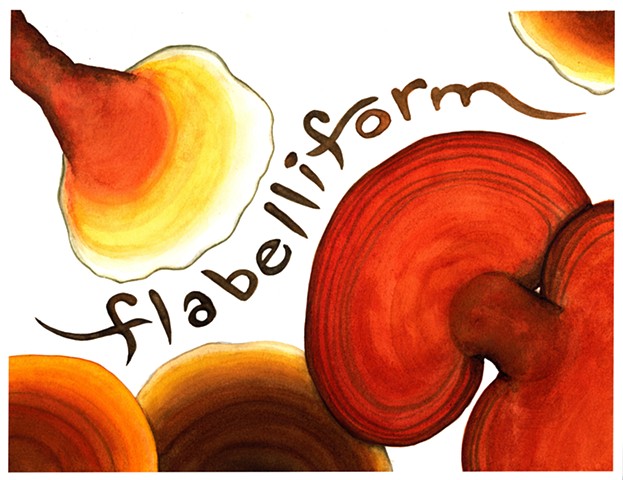 A Term Defined: Gleba, Fuscous, and Flabelliform, first appeared in the Summer 2011, Autumn 2011, and Summer 2012 issues, respectively, of the New York Mycological Society (NYMS) newsletter. Artwork was revised by the artist for this publication and text was reprinted with permission by NYMS.